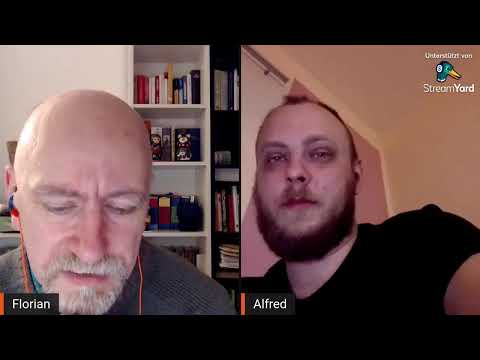 Q&A sessions will from now be held on an occasional basis, rather than on a fixed fortnightly basis as previously.

There has been a very long pause during which we didn’t have any installer updates and the most recent releases were to some extent broken, so we had to recommend older versions. At last, we have a brand new installer update. Big thanks to the UBports installer team for putting it together. Special thanks to Johanna (Neothethird) for their major input to installer development. The latest iteration is 0.9.3.

If you use the new version, be aware that there may still be some device specific bugs. Generic bugs are not expected but of course feedback from use is very important and we look forward to hearing reports of how it works for you. It includes a fix to the OpenCuts QA tracking upload facility, which will aid your feedback.

Three new devices have been added to the installer. The first of these is the Lenovo tablet M10 X605. This is an affordable device with moderate but sufficient power.

The next is another tablet, the Jingpad A1. This is a Halium 10 based device. A special feature of this tablet is that a companion keyboard attaches magnetically and when it does, the display switches to desktop mode. It therefor functions very nicely as a convergent device! The bad news is that Jing seem to be having issues and it appears that the device is no longer available through the normal retail channel. If you can find one ‘remaindered’ it would be well worth buying. Otherwise it may not be possible to get one. Maybe another business will come up with something similar that works great with Linux. Alfred has created a VScode setup, to make this a true ‘programming on the go’ option. It is capable of Git pushes, installing Git in Libertine and launching a wrapper on the host side.

Florian has been helping out a bit with the work to port the Shift 6MQ. That too is now in the installer. It is Halium 10 based. Alex from Shift Phones did most of the work on it, so huge thanks to him. Of course without the input of Nikita on Halium 10 we would not have got to this point. At present it only has a devel channel. We need do do some more testing and development before we can present a Stable option. A known issue is audio on incoming calls, which fails 80% of the time. When it does work, it is crystal clear though. It has USB-C display out, so you can attach a DisplayPort compatible monitor.

OTA-23 is taking shape. The release candidate channel  has gone back to what it was originally. Instead of updating every Wednesday it now updates as a test channel, before a new Stable launches. This should avoid a repeat of the problem where we were late identifying a bug in devel and it slipped into rc.

The next rc will be accompanied by a full testing schedule. Alberto is working on FM radio reception (for capable devices). Backlight compensation has been an issue for a long time. The original idea was that adjustment took zero seconds. Actually there is a computational delay in Android 7+ derived builds. RepowerD therefore gets stuck. It is only around 1.5 seconds on shutdown but still annoying. With the fix, ‘display off’ is now always 250 milliseconds.

Morph browser is getting a bit more love. Reading mode is being implemented. Userscripts for webapps will arrive too. There are a lot of detailed tweaks to. Check out the full list on release.

Alfred has been looking at double tap to wake. It works but there is no ‘off’ option so it could activate in your pocket. When the settings fix has landed, it will become available. To work, the display has to be ‘active’ even though dark. This consumes a little battery power and is another reason why users need to have a choice over whether to use or not. The request was opened on January 14, 2018 :)

With the change in rc policy, we have introduced alerts (as for Stable). Users should get a notification on their device, telling them that the new rc release is available.

Domubpkm commented that there is a big gap in UT at the moment, as uAdblock is not functioning properly. Will that be fixed quickly? A volunteer has emerged from the German Ubports community and there is updating work ongoing. Malte Kiefer is doing that. It would be great if users could help him out with the practical side or donate something to his account to help with the work. On Liberapay he is believ3r.

Messayisto asked about the situation in Russia and Ukraine. One of the guys in AppDev from Russia seems un-contactable now. Well, the fact that someone is not reachable does not necessarily mean that the worst has happened. It may just be that their internet is cut or limited. [Could also be that they don’t want to advertise their current location]. The UBports foundation of course has no political role but naturally we are very concerned for the safety of our friends in both Ukraine and Russia. As individuals, each of us is able to donate to organisations which are providing humanitarian relief and we hope that you will do that. In some places, members of the community will be able to offer help directly to refugees and reception centers. Again, we urge people to assist in that way if they can. Both Alfred and Florian are in Austria, so for them this is far from being a distant tragedy.

MrT 10001 asked about the upgrade to 20.04 and whether there will be a legacy install facility and OpenStore shadow for those stuck on 16.04? Well, it wouldn’t be complicated to have the final ‘frozen’ version of 16.04 available somewhere but it would fail to keep up and therefore steadily degrade. [There is not going to be a separately maintained fork!] Apps will progressively break. OpenStore is not maintained directly by UBports, so a parallel legacy app store would be a matter for Brian to decide. Realistically, expect some sort of continuation immediately after the break but with 16.04 steadily falling apart over time.

Alfred expressed the view that the worry about having an unsafe phone (the lack of security patches is now extreme) far outweighs any desire to prolong device life, for environmental reasons. Repurposing may be a good option for some old devices but UT is not the obvious tool to use for that. With a laptop, a really ancient machine can be updated with new kernels and software, using a lightweight Linux distro. It may be slow and have a poor display but the security will be up-to-date. Phones are not like that. There are also external factors, such as the falling away of 3G. If you want to use an old device as a tablet behind a firewall at home with the cell connection disabled, fine. Just don’t take it out on the street…

Shigenta asked which devices we will support ‘officially’ in future. The meaning of that is clear enough. Those that perform in a way that brings credit to UT and which we have time to maintain properly. 80 is way too much and we have to highlight a small selection of those. How we describe that isn’t decided but something along the lines of ‘recommended’. Alfred has got behind the Pixel 3a so expect that to get a lot of support. With Shift we have a commercial partner, so they will want that port to stand out. We will continue to allow independent hosting of images and use of the installer for devices which we don’t ‘support’. Obviously if you use those, the risk involved will be on your head. If something goes wrong we will not be liable or fix it.

As to what will happen after we reach 20.04, there is no firm decision made yet but we will probably stop following the LTS path and become more flexible.

There was no discussion of VoLTE but that is a very hot topic and will probably be discussed next time around.