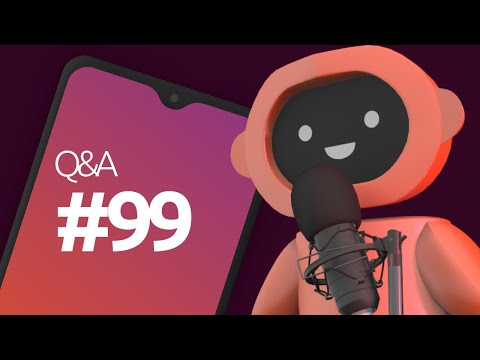 This time round the presenters were Dalton, Florian and Alfred.

Go to devices.ubuntu-touch.io for info about whether your device is supported.

There is a new version of the installer out. Version. 0.8.8. This was particularly aimed at resolving a problem on both Windows and Mac OS, where the installer early on reported ‘internet connection lost’ and stopped. It is now the default download.

Alfred reported on the porting of new divices to UT. The Pixel 3a has seen some very big changes. Previously it was eating up a lot of battery even when doing nothing and with the screen off. That has now been fixed and testing shows two and a half days of battery time with zero activity but Wifi on. The device now responds immediately to an incoming call by going into wake mode and holds that state for longer. The kernel changes from the cpu quiet and RQ balance have been ported over. Those are carried over from the Sony kernel and they allow the device to decide how many cores to activate, with screen off or on. That improves battery use and boosts performance. Offline charging is now working to some extent.

Florian spoke about the OnePlus 5. Core audio is working now, along with hands-free. An outstanding issue is that the Wifi indicator does not always appear and you have to keep rebooting to get it. Once you have it running it will keep going until the next reboot. A small tweak needs to be made in the recovery and then it can go into the installer, along with the 5T. ‘Cheeseburger’ and ‘Dumpling’.

We have been saying for two years that we wanted to raise Nexus 5, OnePlus 1 and Fairphone 2 to a higher Halium base, from 5.1 to 7.1. All now have a Devel channel which shows only for them. You can make use of that back and forth in Updates, without going through the installer. There are relatively few FP2s around, so feedback from owners of that device would be very welcome. Please don’t report that the newer version of the camera module is not working. That we already know. Just one warning with the new test channel — until we release OTA-17, you will be able to go back to rc but you will not be able to go back to stable. Once we have shifted stable via the OTA-17 release, you will be able to use that again.

Sadly, OTA-17 had to be delayed because we have found an issue with the Nexus 4. There is an obscure problem with the gpu driver on that device. If anyone has an insight into how that works, please contact Dalton because he is unable to figure what is going on.

The Future is Focal!

Rodney and Rachanan have been working away adding more packages, including Lomiri Download Manager, Lomiri Push and Cyborium (the SD card manager). Lomiri System Compositor is being tested ready for packaging. QtMir is also under preparation. Lomiri AppLaunch is also undergoing work. Lomiri has been started on a hybris device, the Sony Xperia X. It was shown on screen running 20.04, in a manually operated mode. There is no systemd session running on it yet. Nevertheless, it a milestone for UT. Sunweaver and Puretryout from other systems have helped us greatly along the way.

HFD service (which controls LEDs) is now in Debian, along with ForceFeedback. Lomiri UItoolkit is also being reworked prior to packaging.

Miroil has been getting some love. It makes some elements previously available in Mir 2.0 available again, in particular some Mir – server APIs. There are some things that were exposed by Mirclient, which are not exposed by Mir under Wayland and we have to fix that because they are essential. Erland is now working on Miroil for us. It is a very long term project but it will be awesome when it comes to fruition. Big thanks to Alan too for getting the ball rolling.

We are immensely grateful to those who donate money but we also very much appreciate all those who contribute in kind, through app development, translation and helping other members of the community.

Domubpkm asked about the Xiaomi Redmi Note 7, not because they have one but because there has been a lot of talk of problems with the installer. Does the installer unlock the bootloader of that device?
It doesn’t but it does prompt you with instructions on how to do that yourself. That process requires Xiaomi’s proprietary unlock tool. Motorola and Sony devices are similar in that way. You have to get an unlock code from them.

Webapps which are just a shortcut to a webapp container should be fine because they function as they would in a browser. Apps based on QML should work fine as long as we have done all the necessary work with compatibility layers. In the case of compiled applications there are going to be issues with changed libraries so they will have to be updated. This wouldn’t be an issue if we used something like snaps, where all the dependencies are bundled with the app but as we have said before, going down that route would lead to bloat. Android controls the whole system unilaterally, which is their solution. We don’t plan to follow either of those approaches.

Loobs asked whether any of the presenters has tried the uHome app by Pavel and if you have tried it, what do you make of it as a possible home screen replacement?


It is an app and it just presents an interface which is more familiar to Android and iOS users. As long as it sits lightly on top of the system, it will be fine and some users will prefer it. As we don’t really have a ‘desktop’ there is nothing really to replace. What would be possible in theory would to enable the launch of that app or similar by default (if chosen by the user) to show the different UI. We wouldn’t want to embed anything like that deeply. One thing we don’t want to mess up is our tests.

Progamateur asked about Nexus 5. Having tested all the functions in Android first, it was disappointing to find that GPS on UT is extremely slow. Then it became clear that assisted GPS isn’t even used on UT. Why not?

There are various ways to speed up fixes. For example you can scan for access point names on WiFi or use cell tower information. Android uses multiple methods, which is why it is so fast. UT being UT, we don’t sniff for all that data constantly. Location is on only when an app using it is in the foreground. There are licensing issues with using assisted services. Mozilla’s system might be more open to use. Some supported devices have location stuff going on in the modem. Florian found that his Nexus 6P got a GPS fix in 20 seconds on the first run. That shows that there is a function baked into the modem. OnePlus 5 does the same. Older devices don’t have that facility in the modems and will take four or five minutes often to get a fix. There is nothing about UT which prevents the implementation of layered GPS assistance from multiple sources but someone would have to write the necessary software.

There is an experimental Mozilla service called Ichnaea . It is on the PinePhone, so it should be in the Wayland Edge branch. Unfortunately there are patent agencies going around attempting to sue any organization which implements any form of assisted GPS. Mozilla can license to non-commercial projects, which we are for the most part, however there are times when we stand in a grey area of ‘commercial’.


Joao Schiavo asked if we could make a GPS assist thing as an add-on rather than embedded in the OS? Yes, in principle it could be something like an app, so it is the end user who accesses the service, not UBports. That takes us into a messy area legally though. For sure we can’t afford to pay.


Programateur asked whether we have plans to implement a canvas identification exploit blocker in Morph browser. Canvas fingerprinting is a javascript application which probes your browser in such a way as to uniquely identify the device across the web. A blocker prevents javascript reading those properties of the canvas. That has a side effect of breaking some websites completely. Qtbrowser passes a new flag to qtwebengine. It is a system which is either on or off. It doesn’t discriminate between websites. We could copy that and implement it. Probably the user experience would not be great though. If there is upstream development of Qtwebengine, something more sophisticated might become possible some day.

Alexey Woronov asked if we couldn’t have Firefox, as it works very nicely in Android? That wouldn’t be entirely impossible but it would be a huge task and it certainly isn’t something the core team could tackle.

Cliff commented that it is clear from recent Q&A sessions that UBports is under-resourced and the many request for help from developers have not been met with an overwhelming response. Crowd-funding seems to be a very successful approach so have you thought about that?

Elementary is a very good example of what can be achieved using crowd-sourcing methods. They invite payment for apps in their store. Events are often crowd-funded. By their nature, crowd funding techniques are first and foremost about marketing and then also raise money. Making an appeal means specifying an amount of money which is judged to be appropriate and there is an implication that it will then be sufficient to complete the task. Real world tasks which we implement are an exploration and they may fail. It would be very unfair on a developer to tie them to a contract to deliver something specific at a set cost because they cannot know exactly in advance what the difficulties might be. Management of micro projects is a complicated activity and also very time-consuming. That in itself would absorb effort rather than add to it.

A much better formula for us is to build up an overall budget from donations and then manage that parcel of money in a way that works for us. That would need to be done on an annual basis. We are also not limited to professional involvement. We can achieve a lot with small inputs from many volunteers. The best contractual approach is anyway to have a long term relationship with particular developers, contributing to a sequence of projects, rather a series of short term hires. Setting up crowdfunding is a job in itself, quite apart from the intended project.

Mark asked about the PinePhone and the four update channels. There is one with the kernel upgrades, which sounds interesting. In particular there is the promise of a more stable modem connection. How can we try those changes out, as there doesn’t seem to be much activity on Gitlab?

Kernel upgrade is updated daily, just like devel. It is also mostly based on devel. The difference between them is in the boot partition, the recovery and the bootloader. The WIP branch is used for kernel upgrade. The kernel used is based on 5.10 and is from Megi. There are a few changes to ofono configurations but all the packages are the same. For more, join to utonpine group in Telegram.