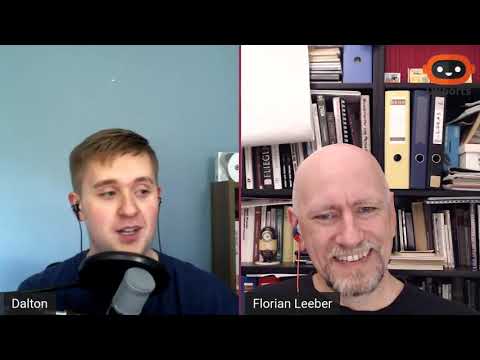 Florian reported on discussions about VOLTE with Jolla, which took place at the beginning of the year. In some countries 2g networks have not been maintained alongside newer networks, so VOLTE technology is relatively more important to users. PinePhone can support it in principle but we are not there yet with implementation. Jolla had a guy from Sony at the meeting. The position at the moment is that all of the alternative mobile operating systems lack it. That is mainly because it is highly proprietary. Jolla are part of the Sony open device programme so there is potentially a way forward for Sony devices, in the first instance. We already have a few Sony devices that run Ubuntu Touch, so they might provide an option for those in our community who are struggling. In addition, we need to think about the necessary middleware for the PinePhone. There is no timeline for this but we have not forgotten about the issue. We are listening and there are some promising strands emerging.

Ubuntu Touch OTA-13 has no week number yet but we are getting very close. Version 5.14 of qtwebengine has been merged and now features in both devel and rc channels. This brings a much newer chromium version with better security and speed. GL renderer now works on PinePhone and is much faster than software acceleration. With the new browser version comes text hooks which enable you to freely select text elements or whole pages. This makes the UI more consistent, with documents and browser text having the same tool set. We have now closed merges for features in the system build. Unless you have a bug fix for something critical in rc or devel, you should not be merging now.

Dalton has completed the initial factory image for the PineTab. It boots, it has a UI and it operates in tablet mode. Some touch stuff still does not work. The backlit keyboard is around $35. Around $90 for the tablet itself. At those prices, Dalton considered it a very nice device.

PinePhone has a working camera now  It is still very limited. The frame rate is about one per three seconds. Portrait is right side up but landscape is upside down At the moment is shoots only in 2.1 megapixel mode.

Jepperson has helped fix the Bluetooth toggle on the PinePhone.

Luna has a Fairphone 2 and is worried because it  cannot get a Halium 9 build because it never shipped with Android 8 or 9.  Florian explained that this is not a matter for concern. It will be moving to the 7.1 base, with other legacy devices such as the Nexus 5 or OnePlus One.. There is only a point in going to a higher build if it delivers something significant, such as hardware bug fixes. If it runs fine with 7.1, we are not very interested in upgrading just for the sake of it. Actually systemd for 20.04 is much more of an issue. We are looking to try out systemd implementations within 16.04 first, to find our way.

There are various different ways in which we could achieve a fusion between Ubuntu Touch and systemd and we have an open mind about which path to take. We are though absolutely clear that systemd is the component we will use when we take the step to 20.04.

Of course that could lead us to deprecate one or more of the old devices but if we do that will not happen overnight. We will give a lot of notice beforehand, to help you make the transition.

Can we get encrypted push notifications in Teleports? Our push server moves the data irrespective. It doesn’t distinguish between encrypted and encrypted. We would have to discuss with Telegram whether they can encrypt on their server before routing via our push server. It is https/TLS between servers at present so it is ‘encrypted’ in a sense but not in the sense the question implies. The basic fact is the the content of the message could be seen in clear text at the push notifications server. Proper encryption would be end-to-end, from the telegram server to the device. Then our push server would have no ability to view the content. We acknowledge that we have a weak implementation at present. The missing element is the combination of public and private keys for encryption and decryption between Teleports on the device and the telegram servers.

MV asked if we can have Firefox sync integration? Florian said that simply, that would be rather difficult without Firefox, which we don’t have. Dalton however commented that the sync mechanism is separate from the browser itself, so the issue would be how we might implement that? Of course that doesn’t mean it is any more likely. It would be a huge project and as with many other things, we don’t have the resources for something like that. If a group of people want to volunteer themselves to work on it, we would of course welcome their efforts.