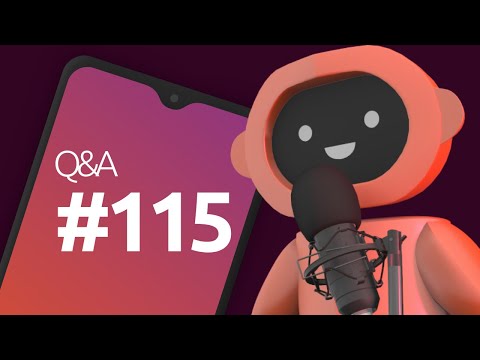 Work to improve the Xenial build of UT continues. The format of MMS messages has been fixed. In the Halium 9 build, camera permission prompts now work as they should. On the Pixel 3a, a speakerphone bug has now been fixed, so you are able to use that function. Florian has fixed an issue with the Pixel 2. Wifi doesn’t work properly on the existing build because there is a fault in the bootimage. You can overcome this but not by just updating in Settings. You must do a fresh install via the installer, though of course don’t use the wipe option or you will lose all your stuff. It is important to know that as this is a boot fault, it affects all of the channels. Although you don’t use wipe, you must use the bootstrap option, in order to get the new boot configuration.

Coming soon are some other changes. In Halium 9, there is a new tweak which will allow some specified actions to happen automatically when the screen goes off or on. Most interesting is that the core could be switched off, which would save a lot of battery while the device is asleep. MediaHub can now use http headers for streaming content. In practical terms, that means instead of seeing an icon of a video on a server, you can now run the video to see the content, without downloading the whole file. That fix was the very first thing that got Alfred working on UT and he has just now completed the project!

The third item is the big one. The camera permission change mentioned above has been extended so that Morph can now upload video (and audio). Yes, this does mean that we can now video-chat in Morph!!!  Alfred took the groundwork done by Chris and wove this into working video. Florian showed this working on his phone, with two streams of him appearing on the Q&A. He has good WiFi but what that showed is that the video stream has no lags introduced by UT. It was very smooth and clear. It works with Whereby and with Jitsi.

Dalton asked whether the processor was heating a lot but Florian replied that it was only a little warm. There is room for some further hardware acceleration though.

This doesn’t translate immediately in to video-chat in apps (apart from just webapps). It is a step on that road though.

It is expected that all of these things will be in OTA-22. The code for the Morph fix was in part borrowed from the old Oxide browser, so it should be pretty solid and it again shows the good things we are still getting from Canonical.

Hopefully OTA-22 is around four weeks away.

Focal work is around Android 9 and above that. The specific build for the Volla phone seems to be performing well and the next stage is to make it available to users of that device so that they can test it. Address book app and historyservice (also to do with messages and calls) along with contactservice, contactsyncservice and parts of onlineaccounts are all in there now. We are not yet sure whether they function right.

The indicators are now working with Lomiri, so they are not just present, you can open them and adjust settings in them.

Clock app interfaces with some of the indicators, so it had to be taught how to talk to the all new indicators.

There is already a build for Xperia X of course, as it was the first test device.

Mateo Salta has produced his regular app update. Third Person by Gabriele is a demo which showcases the potential for 3D animation as part of the Godot game engine. It is not yet working on all UT devices but that is a fault in the device builds, not in the game software. HexExplorer made by Danfro is a very uncomplicated app but all the better for that. It displays the hex value of any screen color. Simple and useful.

Nero 335 commented that the current way of handling tabs in Morph browser isn’t great and it would be much nicer to have the cool swipe option that exists in Firefox. Well yes, there are various options which would be better that what we have but as always it is a matter of resources. One thing you have to remember is that any new build will have to fit with large screen use, not just with mobile.

Floop2 is a monthly financial contributor to Ubports and asked how they can check that the money they paid in has actually been received? On the account page you will find a long word which includes ‘Bescheidigung’, which means receipt.  Further down there are boxes which can be ticked and that allows donors a choice between having their money go only into the financial reserves of the Foundation or into expenditure at the discretion of the Foundation (which might be current projects). If you don’t tick either box, the default will be the Foundation deciding.

Floop2 also asked about the PinePhone Developer edition and why there is no UT option listed for it? On paper, it is Dalton’s job to keep things moving with the PinePhone but quite simply all his time is taken up with other important work and there is no space left for Pine stuff. Our thoughts on the PinePhone have all along been that its availability would draw in a substantial group of new developers who would then take on the task of building and maintaining UT builds for it. The theory was a good one but it didn’t work out in practice. Those developers didn’t arrive.

Dalton has the Pine devices but he has a rule of not touching them until 20.04 is launched on UT. As has been said many times before, that it the top priority. Where necessary, other things will be dropped in order to make it happen.

Florian added that even though it is driven by necessity, we gain something from it because 20.04 will remove a lot of roadblocks for an eventual PinePhone build and we are spared the burden of a workflow which is directed to getting Xenial to work on it, only for much of that needing to be done again to suit Focal.

Appcross asked if there are any updates about getting Lomiri to run in Manjaro? The answer is very much the same. That was a great project but within the resources we have it is necessary to choose and that also has been put on hold while we get Focal done. Having said that, much of what we are doing with Focal makes Lomiri much more accessible for other distributions. That applies especially to the ongoing work of shipping Lomiri modules into Debian.

MrT10001 asked a couple of questions. One was about the trend of manufacturers [most obviously Huawei] making it difficult or impossible to unlock their boot-loaders, preventing any use of UT on their devices. The second question was about whether a rule will be introduced, limiting which ports are accepted into the Ubports installer (for example on the basis that all essential phone apps work reliably?) Nero355 asked a related question about getting a list of phones which will go to ‘end of life’ when 20.04 is released.

The best option for Ubports is of course to have devices available on which UT is pre-installed. In that case, the bootloader may be unlocked or locked, depending on our relationship with the manufacturer.

We have a diverse community and the things they want from a phone are quite different. At one end, we have users who just want a working, reliable phone with basic stuff. Any device which provides that will keep them happy. At the other extreme are those who are maybe not that interested in the basics of the phone as a phone and just want to pull it a part and have fun with the challenges of stretching the limits of the software. Neither of those is ‘wrong’ but there is a problem where those two groups come into collision. If a porter is playing -maybe even destructively – an ordinary user is going to suffer if they get caught up in that by buying into that device.

We started off a year ago with a very open policy, which is how we ended up with 80 devices on our list. There are problems with that and we need to differentiate in a way that guides general users towards devices which are solid and likely to be around for a while. We would like constructive views on how we should go about that but really everything points to relying on ports created by individuals who are central to the Ubports project. So Pixel 3a, Volla phones, Xperia X…

Ultimately, a decision has to be made about how to resolve this conflict. It definitely will not be a decision which keeps everyone happy. It is bound to upset one group or another, because we are diverse.

Of course all of the core team are part of those who got a lot of pleasure from the challenge of porting devices. Marius was the star performer of those. But Ubports has a responsibility to the general user, thousands of them.

In theory, we could farm out knowledge and have external groups hosting UT images for independent ports on their own servers. But how would that kind of federation operate in practice? How would we maintain standards and align releases?

Waydroid  is running as a project largely independent of the core team and it is working amazingly well, considering the difficulty of building it at all. We have been very lucky there. The obvious logic is to integrate it fully into UT builds rather than keep it as an add-on. At the moment, we don’t have the resources do do such a task. It will happen but but we can’t do it ‘now’.