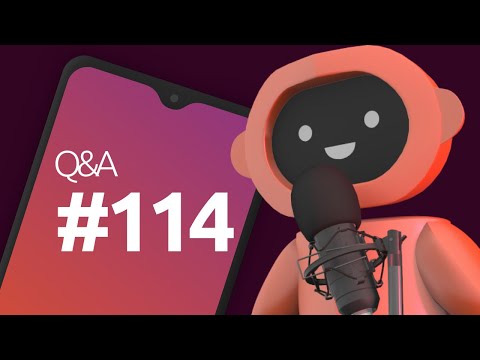 Xenial development has still been moving ahead, despite our emphasis on Focal. MMS patches have finally been applied. Jezek and Lionel Duboeuf are thanked for their work on that. This will allow operation of a re-download, try again button when an MMS comes in and fails to download correctley. That was a complicated process to manage, involving many different components, which needed to operate together.

There has been some work done on mediahub client. This is the main mechanism for video and audio playback. Alberto has changed the media client library for it so that it is fully implemented in Qt and C++. In the future it will allow for simultaneous playback of videos. An obvious application for that would be in TELEports, where in a channel containing a lot of videos, they could auto play as you scroll. There are several more steps needed for implementation of a feature like that but what has been done provides the foundation.

Sensorfw for Android 9 has been included now. It now covers magnetometer and compass. It has already been established that it works with WayDroid. Microphone access has been incorporated into the browser. The permissions dialog has been implemented, allowing it to function.

Google accounts have been restored, allowing sync of contacts and calendar.

All of this stuff will be in OTA-21, which goes out for testing shortly.

Before moving on to 20.04 news there were some other updates. Our permissions system has had some problems with Halium and some work has been done on that. On Android 9 devices, the prompt to allow use of the camera was not working and now has been fixed. The fix can be ported back to 7.1 but porters will have to apply a kernel change. The camera will work in devices which don’t have the prompt but that is because of a workaround that allowed the camera without permission. That change needs a bit of tweaking and adaptation, so it will not make OTA-21.

Thanks to Guido we now have metapackages for 20.04. The importance of that is that it will make building UT images hugely less complicated. Work has been done on Messaging, Phone and Address Book core apps to update their legion of dependencies. A new version of ofonophoneSIM has been packaged. If you have a virtual build, this component will be able to send messages without the corresponding phone hardware. The ofono community made this new upgrade.

Ayatana 0.9.0 indicators are in. Rachanan headed up some work on the local time file, which has to be an exception to the usual read only nature of the system. Systemd had issues finding the file. He fixed it for JammyJellyfish desktop OS and then backported the patch to Focal. As a result, it is maintained in the core and we no longer have to do it for UT. It is a nice example of UT giving back to other Ubuntu based distributions.

Marius on board with Debian

Debian is upstream to Ubuntu for many things but Ubuntu is upstream for us, so the more we can push to that level, the more work we are saved for the future. The Qt maintainer team in Debian were asked by Dalton this week about a Qtdeclarative in Debian which was acting strangely. They had that issue fixed up within a week. Huge thanks and respect to them.

Mateo Salta provides a round-up of recent apps. GCompris was ported to the store. We had the earlier version already but LionelD has brought us version 2.0. It is a suite of educational games for kids. It covers ages from 2 to 10. Logviewer by Rudi Timmermans is in the store. It is a fork of the earlier version and like it says, it makes it easier to share logs to app developers. Mateo himself ported Puzzlemaster, a jigsaw puzzle game. It doesn’t at the moment have a facility for making a custom image into a puzzle and he would like some help and advice on the mechanism for that.

Alan from the Mir team has announced that he is planning to add Miroil development to 20.04 over the holidays. Alan would welcome anyone who would like to do some work on Miroil with him.

Thousandtopics referred to the PineNote, which will be arriving soon and which has a Wacom pen interface. Will UT support styluses? Pen support would be great but Mir has no support for the Wayland pen protocol or the Wayland pen tools protocol, so that would have to be a starting point. It can be done but the core team don’t have the time to deliver on that. Volunteers would be very welcome.

MrT10001 asked about the direction of UT. It would be cool to keep UT going on Nexus 7 so that it doesn’t end up in landfill but the plan seems to be to forge ahead with 20.04 and in the process to discard old hardware like that tablet.

Nero355 asked a similar question, basically asking for clarification about which devices exactly are likely to be dropped, for example because of incompatibility with systemd?

There are many people who would like an alternative to an Android or iOS phone. They each have their own reasons. Generally, users who want apps of the type that constantly generate content, such as Instagram or Twitter are not going to feel at home on UT with many of our devices. Nevertheless, with newer phones running UT we are able to make use of the full capabilities of the phone, such as full GPU support. The core team has to make choices and the direction chosen is to concentrate on those devices which show off the best that UT can deliver.

The core team can offer advice to any initiative to keep old devices working but it can’t put any effort into doing that kind of maintenance.

Marius pointed out that the focus for the core team will always be on moving forward. It follows that backwards maintenance is just not practical. It is not about ‘policy’. It is about what is realistically possible.

Dalton spoke about the Foundation perspective. It is our aim to have a close working relationship with phone businesses (think Volla) and they need to bring new devices to market.  We have to reserve some of our energies for the work alongside them.

As said last time, we want to ensure that all UT devices are not just ‘working’ but perform in a really good way. They should also be as secure as we are able to make them. We are very dependent on donations and it would be reasonable to suppose that most of that money comes from donors who want to see UT develop and grow. It would not be proper to divert their financial help into funding what amounts to ‘museum’ work.

Simply because they have been around a while and breaking, old devices are unavailable to most people [it is practically impossible to find a BQ tablet anywhere these days]. We don’t have precise data but one thing stands out very clearly. If people can buy a device with UT already installed, that is way more popular than those devices which need use of the installer.

Alfred emphasised that he wants his efforts to be productive for phones in everyday use, not hobbyist phones that are mostly kept in a drawer and brought out occasionally as a curiosity.

OpenStore apps for iOS and Android?

Dreamstart asked whether the OpenStore apps could somehow run on iOS and Android? Maybe some kind of UbuntuTouchBox? With Android at least that would be pretty simple. There are already KDE apps which run on Android, along with Qt and Kirigami apps. It would be cool but certainly not something we are going to do anytime soon.

We would also like to wish all the UBports Community whoever and wherever in the world you are a Merry Christmas and a Happy New Year.