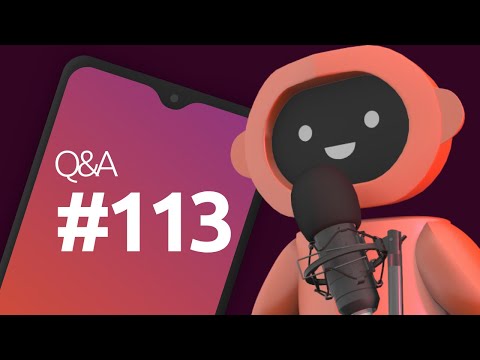 Dalton recommended that people try out his new podcast at linuxafterdark.net

Alfred spoke about some new apps, including Steps by Javad which uses the accelerometer to track how much walking you do. There is a Baby Monitor by Fabian (assisted by Mateo Salta). It is in early development. Fixel by Nicolas Colla brings back a very important tool for fixing pixels. He has also done some work on the Gimp markdown editor. It is great to see earlier apps which broke being rescued in this way.

Aaron has introduced Waydroid Helper app. This enables you to hide Android applications and allows you to press a ‘stop Waydroid’ button. In the long term we hope that a lot of the features will become part of the OS but this is a very good way to start that process. Finally, there is PocketVM by Alfred himself. It is basically a Qemu front-end for UT. You can open a ISO image in at and set parameters such as RAM usage, hard drive size, CPU limitations etc. It offers a partial ability to share files. Eventually, the hope is for integration into ContentHub. In theory, it could be distro agnostic by running as a Snap package for example. Alfred showed Fedora running on his Volla phone.

Florian reported on OTA-21 which contains a lot of changes. It is hoped that we may get it out before Christmas. There are two quite big things in it. The greeter redesign has been put in, so there is something that users will immediately notice. This was done by Capsia. It is the thing which asks you for your PIN (or not, if you don’t have one). You will have had an early look if you are on RC channel. At the moment it doesn’t rotate into landscape but there is a fix in the works for that. In Settings there is a section for Storage but it isn’t great. Michele assigned some new colors to the interface and added some new categories, as well as fixing the totals. Microphone access in the browser has been broken for a while. The fix may allow Skype and other calls to work there now. Aaron the lead developer for the Signal app Axolotl has said something may happen with the microphone…

Florian also spoke about TELEports and the issues we have had this week. First there was a refusal to let users login and then logged in users found that the app hung. One of the reasons is that Telegram are shifting from 32 bit identifiers to 64 bit identifiers. We knew this was coming but they went early on it and caught everyone by surprise. Aside from that, they have now introduced sponsored messages as a way of monetising the service and they will only allow clients which cooperate with that. The deadline they have given for that is 1 January 2022. A messy fix was rushed out at great speed for TELEports and everyone should update to it. The app now works again but some bugs have been introduced. Those will be sorted out but the urgent thing was to get messaging back. Of course ads will be annoying and we would rather not have them but we rely a lot on Telegram and it is fair enough that they should have some income. It is unfortunate that they managed the change so badly. Animated emojis will return but Telegram changed the format for those, so we have to reimplement…

On a different subject, Michele has been working on a notch workaround for UT. Florian showed an animation with sliders moving and resizing indicators to accommodate a notch of any size.

Progress towards 20.04 is continuing. The telepathy-ofono and ofono forks have been placed into the main branch. We need them running on real hardware before we can test them properly. The Ayatan indicators based on 0.9.0 have been released. We, Mate and xfce will now all be able to use them. We are working on a release of Qmenu-module, which will allow the indicators to be shown in Lomiri. The overall build will soon sport a menu bar, so it will at last start to look like a ‘thing’. Compatibility for ubuntu.components is done. All apps call these. You won’t need immediately to rename to lomiri.components, for your app to work in 20.04. Changes need to be made to ensure full compatibility between Lomiri and Androids 9, 10 and 11. A lot of work has been done on this too. There were some messy workarounds in our Android 9 build and this is where we start to unpick those and do them correctly. Once the Android 9 stuff is mostly done, we will have reached the point where experimental builds of UT based on 20.04 will start to run (in very buggy, incomplete form) on real phones. This will be the Core Development Release. It will be available to developers to play with and fix, in a real situation. That is just the start. After that will come the App Development Release, which will enable app developers to adjust their apps to the new environment. There will be an Opt-in Release, where anyone will be able to switch to it, in device, in Settings. That will be the exhaustive testing stage. Only then will we move to general availability, when 16.04 will be replaced.

Up until this stage, we have had a building stage which only a few people were able to work on. The are soon moving to the point where many more people can start handling something ‘real’ rather than theoretical. With many more hands at work, the overall project should accelerate. At the moment, app developers can only watch. Soon they will be able to code, test, design and improve.

Florian is going to get hold of the rough build soon and will test it out and tweak it, to see if he can make it ‘work’. He will report back to all of us about how that goes.

Yoni asked whether there are any plans to introduce a ‘doze’ feature to UT, to prolong battery life? Well, the reason Android needed a doze function at all was that they made some bad design calls. Dalton has done an entire talk on the subject, which you should go and watch. Like iOS, UT avoids having lots of stuff run in the background so actually we don’t have the Android problem and don’t need doze to overcome it. On RF radiation, well that is real but it is mostly incoming not outgoing, so it is going to be there no matter what the phone is doing.

Domubpkm asked whether it is really the case that any time spent fixing issues in 16.04 now is time wasted? Well there is actually not much that won’t carry over into 20.04 and we can see that in OTA-21. There are some fixes in that but those will carry over into the new build so they are in practice ‘work on 20.04’. Of course we won’t have 20.04 immediately, so the more serious bugs will still have to be fixed in 16.04. We do have limited resources though, so we need to be intelligent about setting priorities and not just ‘do everything’. There is a real issue that if we fix something now we have to fix twice, once in 16.04 and again in 20.04. For some things it will be sensible to choose to do them once only, by waiting a while.

Josue asked whether it would be possible to jump directly to 22.04, to get a longer stable period on one build? That isn’t a crazy thought but we have embarked on 20.04 and we are making good progress with that. Our first priority would be to get more help with that but there may be people out there who are more interested in investigating some of the (non-core) packages as they are proposed for 22.04, to see if there are new components that we can borrow to augment our 20.04 build. Of course if we are able to do that we get not only the immediate benefit of the enhancement but the upstream development of that component too, on an ongoing basis. We can see this with some of our imports from postmarketOS.

It would be possible for us to go incremental rather than following the LTS versions? There is a debate to be had about that. It would spread the upgrade projects more evenly and remove the intensity of the burden. LTS offers solidity but the trade off is slow movement and big jumps. A lot of individual users prefer ‘the latest thing now’ rather than institutions, which put caution and predictability first. There comes a point with LTS when a lot of things are ‘two years out of date’. It gets a bit boring and frustrating. Again, this isn’t a done deal. The issue is being discussed and we are all about being open. Decisions have not been made.

The issue with versions has a lot to do with time management and priorities but it also impacts other areas, such as how we package apps. If we did that in a different way, the nature of the system would becoming less important.

Moem said that St Nicholas weekend falls now, rather than at Christmas. This is the festival of mysterious gifts. If St Nicholas was to come by with a device of your choice and a fully working version of 20.04 based UT, which would you choose?

Alfred would go for a Macbook or a Macbook tablet. An M1 Max would be great. Florian would want something very slick and powerful but in a compact format. And of course with working VoLTE...